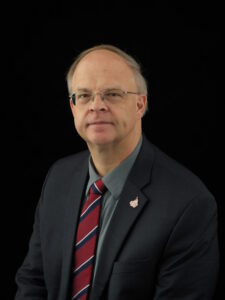 On behalf of the Steering Committee, I am delighted to announce that Thomas Schneider – current Professor of Egyptology at the University of British Columbia, Canada and Executive Director of the Pacific Alliance of Liberal Arts College (PALAC) – has been appointed as the next Secretary General / Executive Director for the Association of Pacific Rim Universities (APRU). Prof. Schneider will bring considerable skills, knowledge and experience to his new role and I am confident that he has the ability to lead APRU into its next phase.

In addition to his Executive Directorship of the PALAC consortium and the Associate Vice President position at SUSTech (in which functions he has engaged with a large number of APRU member institutions), Prof. Schneider has acquired significant leadership experience at the departmental level (Acting Department Chair; Director of Graduate Studies; Chair of Egyptology) and university level (Senator on the UBC Senate, 2014-8). He oversaw specific strategic projects and initiatives as Special Advisor to the Vice-Provost and Dean, Graduate & Postdoctoral Studies, at UBC (2015-7) and as Advisor to the President at Quest University Canada (2016-17).

Prof. Schneider has acquired a broad knowledge of the spectrum of disciplines represented by APRU member institutions, as a humanities scholar who has also worked for a STEM research university. He has been a consultant, adjudicator and reviewer for universities, funding agencies and publishers in North America, China, Europe, Israel, and Australia, as well as an executive editor of academic periodicals. His own scholarship (160 publications, among which 7 authored books and 7 edited books) focuses on cultural and linguistic interconnections in the Near East, the environmental history of Egypt, and the history of the humanities in Nazi Germany.

I would like to thank the Search Committee, led by Prof. Rocky Tuan of The Chinese University of Hong Kong and its members for conducting a global search with our search partner Perrett Laver. They have devoted time and energy in assembling a respectable pool of candidates and making a final selection. The other Search Committee members were:

I also wish to recognize and express my utmost gratitude to Christopher Tremewan for serving as Secretary General for the past 11.5 years and for his longstanding commitment and many contributions to APRU. I wish Chris well after his term finishes on December 31, 2022.

Given Prof. Schneider’s experience, I am confident that he will provide extraordinary leadership in this new role. I look forward to working with him as Chair of APRU and the Secretariat team to advance our shared goals.

Please join me in offering a heartfelt congratulations to Prof. Schneider and welcoming him as the Secretary General / Executive Director next January.