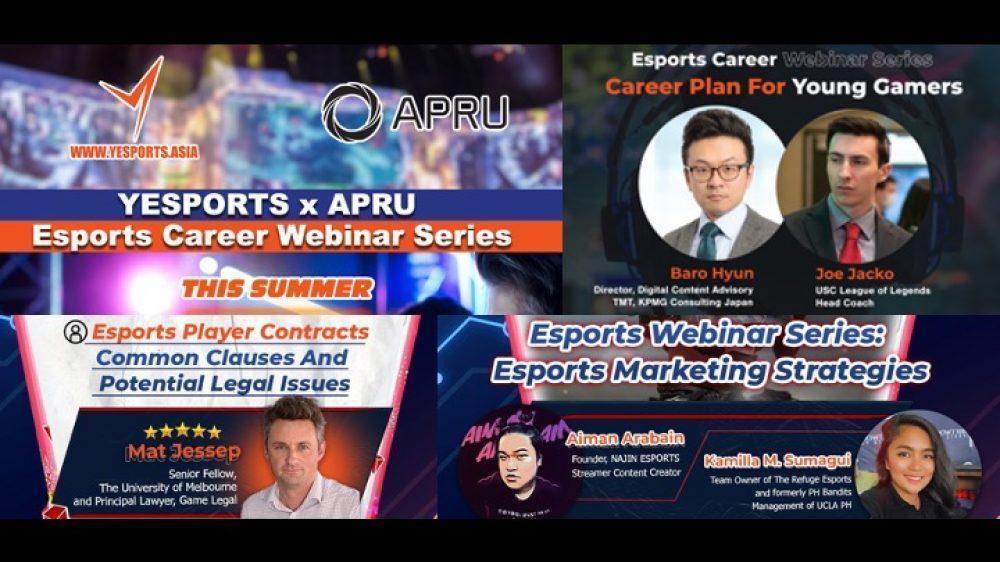 Jacko recalled how he started his Esports carreer with winning over US$20,000 in sponsorships with teams he had created. “That helped me to sort out coaching positions in universities across the country, from Delaware to California,” Jacko said. “It allowed me to take a dive into all the important issues and to directly tie my academic pursuits to gaming and Esports,” he added.

Inequalities in Esports and Unionization of Players

Speaker at Session 2, Mathew Jessep, Senior Fellow, The University of Melbourne, and Principal Lawyer, Game Legal, informed the contractual relationship between Esports teams and players and gave an idea on how these contracts can take shape and be implemented.

Jessep shared his experiences of building his own career from a sports lawyer and expanding to esports. “Seeing esports through a sports law lens, I saw many cross issues, such as sports governance and sports integrity,” Jessep said. “But I also identified some gaps, which I have since been trying to address,” he added.

Jessep provided a summary of notable judgements which provide a basis for players’ rights. While the outcomes of such judgements have a long way to go with regard to adopting practice into policy reform, Jessep offered examples where governments and players’ unions and associations have opportunities to take on a bigger role in providing support and services to players across the spectrum of the industry.

“When I first got into the Esports business I had been the manager of the National Federation of Cycling [of the Philippines] and found that there were a lot of hindrances in the Esports scene, such as lack of knowledge in marketing and business management,” Sumagui said in Session 3.

“People saw a lot of potential in my expertise, and now I am sitting here and am happy to share my expertise with a larger international audience,” she added.

Summary of the Webinar Series

The Esports Webinar Series involved YESPORTS and APRU pointing out that with an average retirement age of 25 for professional gamers, a career in Esports has been long stigmatized. However, with much more robust career offerings throughout the entire ecosystem, players can now see beyond the gamer role as viable career pathway.