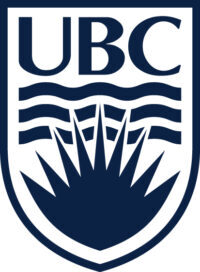 The University of British Columbia

The University of British Columbia (UBC), established in 1908, is one of Canada’s leading research universities and is consistently ranked among the top 40 in the world. The university attracts 54,000 students from across Canada and 140 countries around the world to two major campuses, Vancouver and Okanagan.

The Vancouver campus is located at the western tip of the Point Grey Peninsula in the city of Vancouver in British Columbia, Canada. More than 400 hectares in size, the stunning campus is surrounded by forest on three sides and ocean on the fourth, and is just a 30 minute bus ride to Vancouver’s downtown core. The campus has been located on this site for most of its 100-year history; a location that is the traditional territory of the Musqueam people. The campus also has two additional sites, one in the heart of downtown Vancouver at Robson Square, and another at Great Northern Way.

Purpose-built for the 21st century, the University of British Columbia’s Okanagan campus opened in Kelowna in 2005. UBC is one of North America’s largest public research and teaching institutions, and one of only two Canadian institutions consistently ranked among the world’s 22 best universities.

More than 8,300 students from throughout the Okanagan region, across Canada and 80 other countries are enrolled in undergraduate and graduate programs in eight faculties and schools. With $11.7 million in annual research funding, there are more than 480 research projects underway at this campus.
UBC’s scope continues to extend internationally. Building on its historical ties, its commitment to the Asia Pacific region, and its focus on study and research related to Asia, UBC proudly opened the Asia Pacific Regional Office (APRO) in May 2005. Located in the Central District of Hong Kong, the APRO is mandated to serve the entire Asia Pacific region.