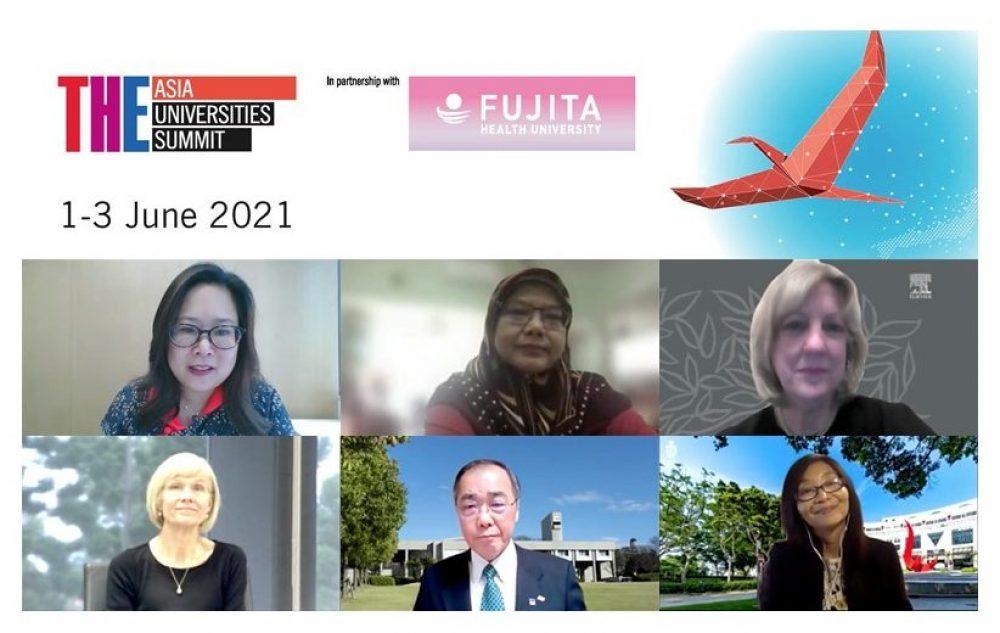 Covid has only widened gender inequalities among researchers, data show

Universities in places like Japan and Hong Kong are trying to combat vast gender gaps with carrots such as departmental hiring incentives and sticks such as quotas and budget “punishments”, institutional leaders told the Times Higher Education Asia Universities Summit.

According to a 2020 THE analysis, none of the top 10 Asian universities had female vice-chancellors or presidents, while women make up only 15 per cent of senior management.

Sabrina Lin, senior advisor to the president of The Hong Kong University of Science and Technology, said that her institution enacted HR practices to encourage the hiring of female staff.

“All departments have an open invitation: if they find female faculty they wish to hire, they can go ahead,” and it would not count against their normal limits, she told the event, held virtually in partnership with Japanese medical institution Fujita Health University.

But she said that the promotion of STEM careers had to start years earlier, to combat deeply ingrained cultural views. citing studies showing that girls and boys performed similarly in math and science. “However, parents and teachers discourage girls from pursuing certain fields, like engineering,” she said.

Professor Lin also co-chairs the APRU Asia Pacific Women in Leadership (APWiL) programme, which offers mentoring for young women, including on skills such as managing interpersonal relationships with male colleagues.

Seiichi Matsuo, president of Nagoya University in Japan, stressed the need for men like himself to become “male allies.” Under his leadership, Nagoya is one of only 10 UN HeForShe IMPACT Universities in the world, and the only one in Asia apart from the University of Hong Kong.

It has poured resources into facilities such as on-campus nurseries and workshops to give women “self-confidence,” so they can “get out of their comfort zone and not feel isolated”, he added.

“Some women suffer from ‘imposter syndrome’, in which they feel doubt and fear,” Professor Matsuo said. “They might think that to be a ‘leader’, they need to be someone other than themselves. And that’s not true.”

He has set a goal of women making up 20 per cent of university leadership. “We would like to aim later for 30 per cent, although I admit that is still low,” he said. Nagoya also launched a “penalty system” in which allowances would be based on whether departments met gender goals.

The enormous problem of gender inequality has been exacerbated in the past two years, as women took on disproportionate childcare and household burdens during Covid lockdowns and school closures.

“This is a critical and global issue that we must tackle,” she said.

Elsevier’s numbers show that women submitted proportionately fewer academic papers in 2020, although the total amount of research created during this period increased.

Women were less represented among grant recipients and patent-holders. The move to gender equality was also slower in the physical sciences, such as engineering and computer science.

According to Elsevier data comparing 16 nations, Japan was the farthest from parity in terms of research publishing, with only 18 active female authors for each 100 men.

“It’s today’s graduate students and researchers who will be tomorrow’s HE leaders. So we first need to invest in increasing the female representation at the research level,” Ms Gabriel said.